Speaking of something to eat...

This past Sunday, Mary's Homestyle Catering and the Mega Mall held the first ever "Drive Against Hunger" car show to raise non-perishable food items for the Mission. In honor of their generosity, I'm focusing on photos of food from years past. The Mission has served food, in some form of another, since it's founding in 1911. Our "Soup Kitchen" was formed in 1932, during the very beginning of the depression. When Thomas Dolton had the foresight to recognize a need and the determination to meet that need. 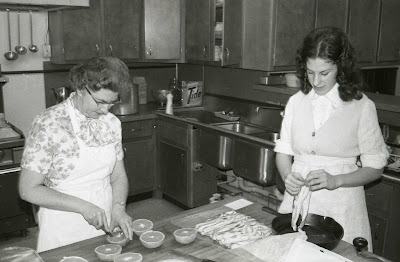 This is a photo of Nancy Kellogg and, I believe, either Jessie Aleo or Elizabeth Kellogg. (I apologize for my lack of information in this area.) Notice the wholesome and delicious breakfast of bacon and grapefruit. As you can see, in the background, Tide hasn't changed much since this picture was taken in the early 70s. 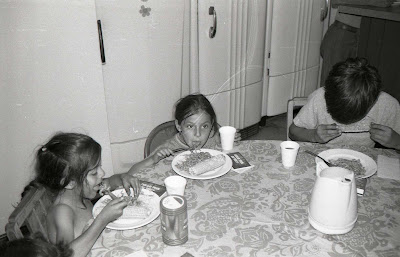 Apparently, "no shirt, no shoes, no service" didn't apply to this youngster. Then again, how many of us cringe when our child attempts to eat spaghetti sans mess. 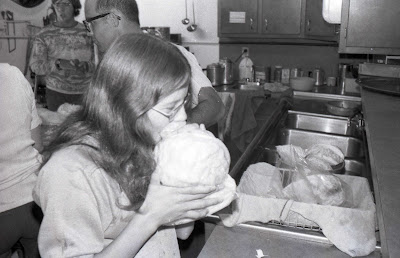 I just put this in because I found it somewhat disgusting. Can't complain about health department standards after seeing this lovely sight. Some strange, bearded guy sucking the air out of a plastic bag covered head of cauliflower. Yummy! 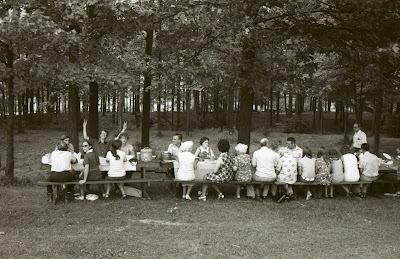 Staff, board, and family enjoying a day at Victory Harbor or a Lansing area park. I'm not sure which. There's always someone who has to gesture to the camera, isn't there? Leon Kellogg is the gentleman entering from the right of the group. 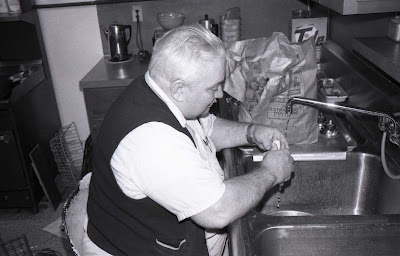 Last, but definitely not least, a picture of Ira Putter peeling potatoes. The Mission has had several faithful cooks who served thousands of meals during their "career" at the ministry. Ira served through several superintendents (former name for directors) until his death in the mid 70s. A great but humble life of service.

Posted by City Rescue Mission at 3:00 PM No comments:

So, today our guys (i.e. Mission staff and program men) are cleaning out the overloaded basements at the houses on Clear Street. This inspired me to go ahead and show some views of men at work through the ages, at least the Mission ages. Most of these pics took place during the 70s, when the Mission underwent heavy renovation under Superintendent Mal Hoyt. Captions are below their corresponding pictures. (If you should happen to recognize any of the following people, please let us know.) 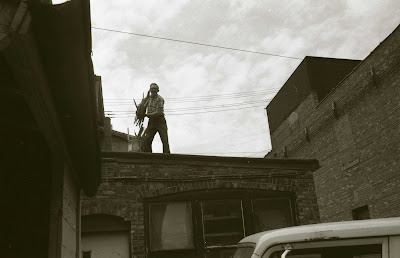 I'm pretty sure that this happy fellow is standing on the roof the current kitchen (behind 609). Notice that he's wearing slacks and a button up shirt to clean wood shards off a, probably somewhat questionable, rooftop. 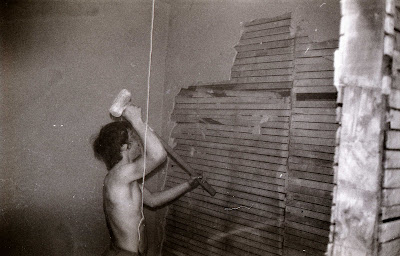 He sure is hard at work. I remember my brother doing much the same when he was knocking out a wall. I hope that's what he is doing, because otherwise he's probably knocking down plaster to make way for the "faux" wood paneling that dominated Mission interior decorating for the next three decades. I'm not sure if this is Michigan Avenue or Larch Street, and the same can be said for most every renovation picture taken inside a building. 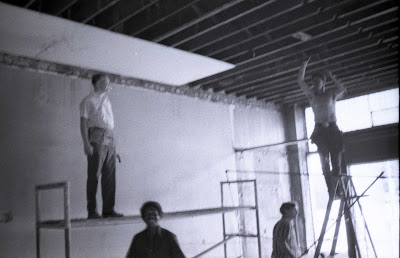 My first guess would have been that this was Larch Street, since I think they were converting an old storefront/warehouse. However, I know that the 600 block buildings have very high ceilings, hidden above the drop ceiling we have now. This picture does make me wonder just how concerned they were with safety. Did OSHA exist back then? 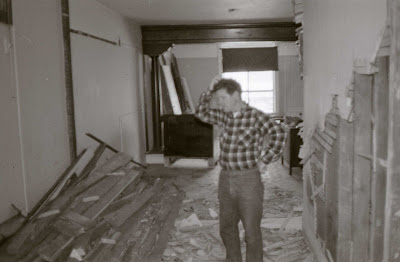 I love this picture. I perfectly understand that feeling of starting a project and looking down in dismay at the mess you'll have to take care of before you can move on to the final step. Either that or he just realized that he laid his lunchbox down somewhere...
Posted by City Rescue Mission at 2:10 PM No comments:

"What Wondrous Love is This?"

I'm working on a grant request for Maplewood, and it's helping me think about our "mission" and why we do what we do. And what it is we're actually trying to do.

And I can't help but be grateful that it's not our job to judge between the "deserving and the undeserving poor." In Pride and Prejudice, the wealthy lady of the manor admonishes the pastor's wife to be sure she learns to tell the difference. But for us, this law, by God's grace and Jesus' sacrifice, does not apply.

When a man or woman shows up at our door, we can't tell, just by looking what manner of person he/she is. We don't know their condition, whether it be societal, economic, educational, moral, or spiritual. We are just to reach out the hand of Christ wherever we see a need.

How could we do less? When He, with His dying breath, called down forgiveness on those who crucified Him?
Posted by City Rescue Mission at 2:16 PM No comments:

A Peek in the Past

For a change, I thought I'd show some of the pictures we've discovered on old slides/negatives. Most of the people are unknown, other than that they were guests of our Mission at various times in the past. 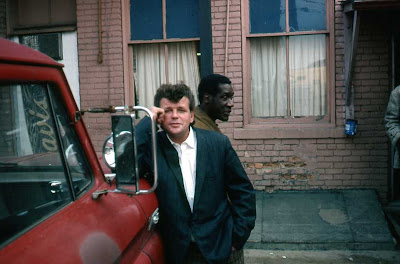 You gotta love this guy's hair. Classic 60s... This picture is taken in the alley that runs behind the 600 block of Michigan Avenue. Most likely close to the Mission, though I don't recognize the windows. They could have disappeared with the massive remodeling that happened during the 1970s. 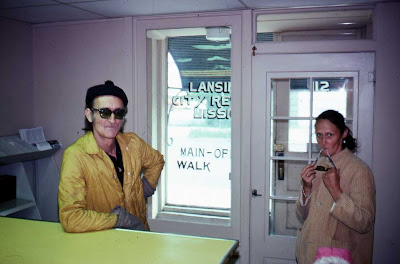 I love how this picture looks almost like it could have been taken yesterday...except for the guy's swinging hat, groovy coat, and cool shades. Not to mention the appearance of "Lansing City Rescue Mission," a name adjustment that occurred sometime in the 70s. Maybe because the sign painter put up the wrong info. Gotta love the yellow counter top too. 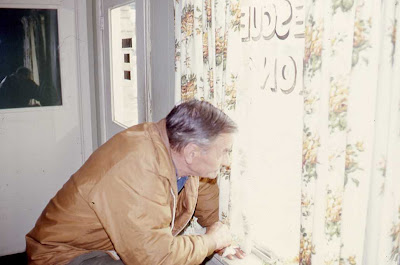 What beautiful curtains, huh? I don't know why I like this one so much. Maybe because of the light streaming in through the windows. When the remodeling happened during the 70s, they closed up a lot of the windows and put in a lot of dark, fake wood paneling. The result was a very dark look and a closed-in feeling in much of the pictures later than this. Fortunately, with the recent remodel, we've let back in the light. 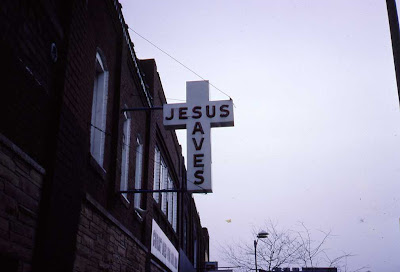 Who wouldn't love this black and white of the old neon cross. The Jesus Saves sign (in some form or another) has hung above the 600 block longer than any other "business" on that block, I believe. Maybe longer than most any other business on the street.

Posted by City Rescue Mission at 3:14 PM No comments: