The First Gift of Christmas

You'll see the same scene in nearly every nativity set: the three wise men bending over the Christ child sleeping in a manger. However, the wise men, according to scripture, were not at the birth of Christ. They were hundreds of miles away when they "saw His star in the east," and it took them long, weary months of travel and misdirection before they were able to present their gifts to the "coming King."
The first people to hear of Christ's birth weren't wise men or kings. They weren't wealthy and, in some ways, were the lowest "dregs" of society. Poor shepherds, keeping watching over their flocks by night, were the first to hear the good news. In fact, they were issued a royal invitation to see Jesus, one that has not been duplicated. A heavenly host was singing and praising God, and humble shepherds were their only audience. While the crowd of people at Bethlehem (and only miles away the city of Jerusalem) slept, God chose to show that the first gift of Christmas wasn't a gift to the King but rather from the King. God was giving His son to "rescue" all of mankind, and He didn't first seek out the "important" or the "successful"; He came to men 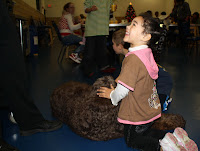 who could truly appreciate the magnificence of the gift, because they had so little.
That is the true reason for Christmas and the reason your gifts to the Mission are so important. They show men and women who feel lost and hopeless that God wants to bless them, not because of what they can give Him and not because they are worthy, but because He is. Thank you for helping us help others for another year. Thank you for giving the gift of rescue to men, women, and children in need!
Click here to give the gift of rescue now.
Posted by City Rescue Mission at 12:21 PM No comments: