"Put up your sword"

This week has seen some desperate tragedies. Violence and hatred have resulted in the deaths of innocents. These were horrific events occurring on what is a holy week, when we celebrate two great Christian holidays, the foundations of the Christian faith: Good Friday and Easter. Watching the news, the message of Christianity seems even more clear.

We read in the Gospels of Jesus in the Garden. He knew that He was already betrayed by a friend. Guards would soon be coming to take Him to His cruel and ignoble death on a Roman cross. He had suffered through that night, alone and in prayer. He was ready to die on our behalf, to pay the penalty for our sins. This was the role for which He had come to earth. He was the only one who could fulfill His mission. Isaiah had prophesied that He would "open not His mouth," that He would go willingly to the fate that awaited Him.

His disciple, Peter, had a different plan. Peter was a hothead. He was big and strong, but a fisherman not a fighter. He knew there would be trouble, and he'd prepared himself. As the guards came to take his Master, he swung wildly with unskilled hands and wounded a servant of the High Priest.

Jesus' response was not a commendation. It was not a command for Peter and the other men to take up arms. His message was one of peace. "Put your sword away!" He had come to reconcile humankind to their Creator, to guide our feet into the way of peace. 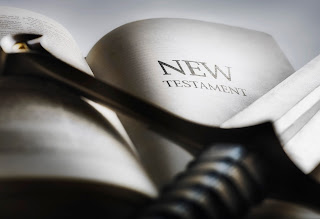 There have always been two paths open before us: the path of hatred and the path of love. Today, the difference between those paths has never been clearer. As a wise Godly man once said, we must choose whom we serve. The choice is yours. My prayer today is that you choose to "put up your sword" and follow the footsteps of the Man who gave up Glory to die in your place.

https://www.blueletterbible.org/faq/knowgod.cfm
Posted by City Rescue Mission at 11:25 AM No comments: 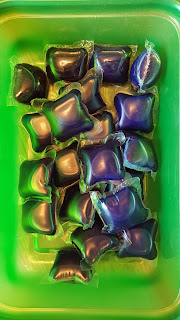 Recently, we were asked by the manager of Waverly Laundry if we would be interested in offering a "laundry voucher" to our guests. Currently, we have a laundry room at our women and children's shelter for guests there, but there is none at Michigan Avenue for our men. Providing a place for these men to clean their clothing is a great need, and not one that most people think of. Waverly Laundry has already reached out, through Homeless Angels, to meet part of this need, so their generosity in expanding that service to try to reach more people is just an example of a true heart of compassion. This new opportunity produces a new need for detergent pods for ease of transport for those men utilizing this opportunity. Our donation drop-off site is 607 E. Michigan Avenue, with preferred hours of 7 a.m. to 11 a.m. and 1 p.m. to 7 p.m. Thanks again, Waverly Laundry, for your heart of compassion! Thank you for being a rescuer!

Posted by City Rescue Mission at 12:41 PM No comments: